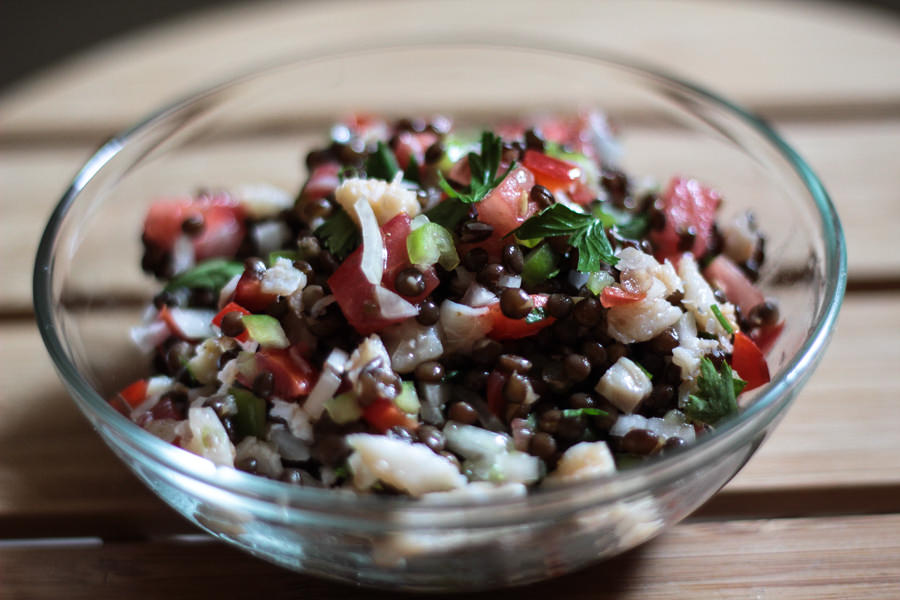 Okay, before I’m burned at the stake by Catalan cuisine connoisseurs, hear me out: I know what a traditional empedrat salad is, I just like playing around with classic dishes. If you’re not familiar with this dish, I’ll explain: Empedrat is traditional Catalan salad made of ganxet beans (also known as Santa Pau beans), raw (sometimes cooked) cod fish, green & red peppers, tomatoes, onions, and  black olives. It’s juicy, tangy, and very refreshing. And I love it. So much that if I don’t have ganxet or white beans at hand, I’ll use the next best legume. In this case, it was lentils.

Making empedrat is pretty straight forward. The veggies included are not exotic or hard to find, and the measurements can be done “by eye”. The key ingredient in it is cod fish. Regardless if it’s fresh or frozen, the briny taste of the cod is the main flavor. I always try to use fresh fish, but sometimes frozen is the only one available and that’s okay. If you use frozen fish I recommend you sauté it in olive oil before adding it to the salad. To make a tasty empedrat salad, you’ll need:

Mix 4 parts of vinegar with 2 parts of oil, salt & pepper to taste and there you’ll have your vinaigrette!

To make the empedrat I chose black beluga lentils.  They’re small and easy to cook and don’t require soaking or extra care.  I think learning how to properly cook lentils is a valuable skill, like making delicious steamed rice. It’s like riding a bike, you just have to learn it once…Sure you might stumble at first but after you’re on it, you’re golden.

Steps to cook the lentils: 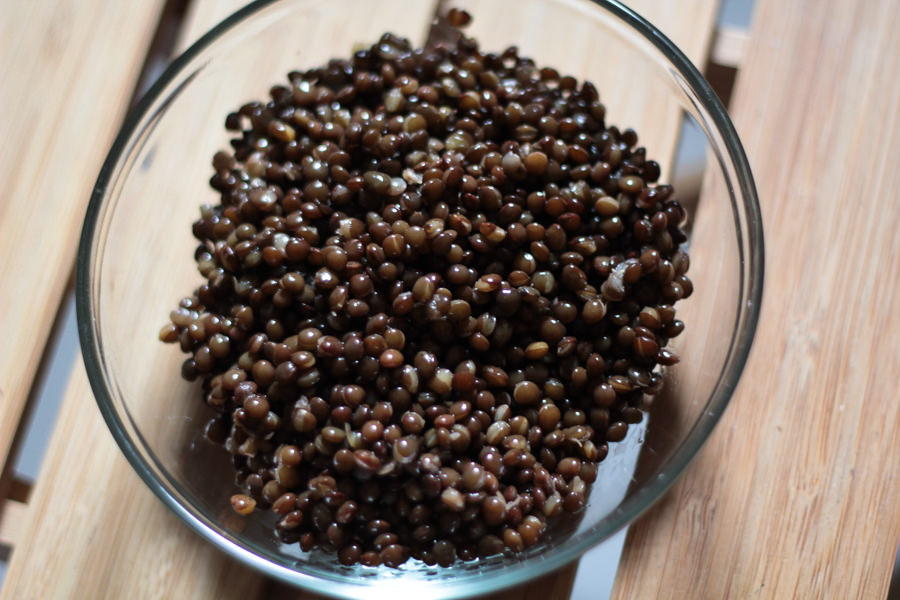 Now on to the fish. First, depending on which kind of cod you’re using it’s very important to soak the cod fish for a few hours, even over night if you’re using dry cod fish.  This is so the fish can release salt and rehydrate. After soaking the cod fish sauté it in a little olive oil fir 2-3 minutes. Thread carefully, cod overcooks very quick. 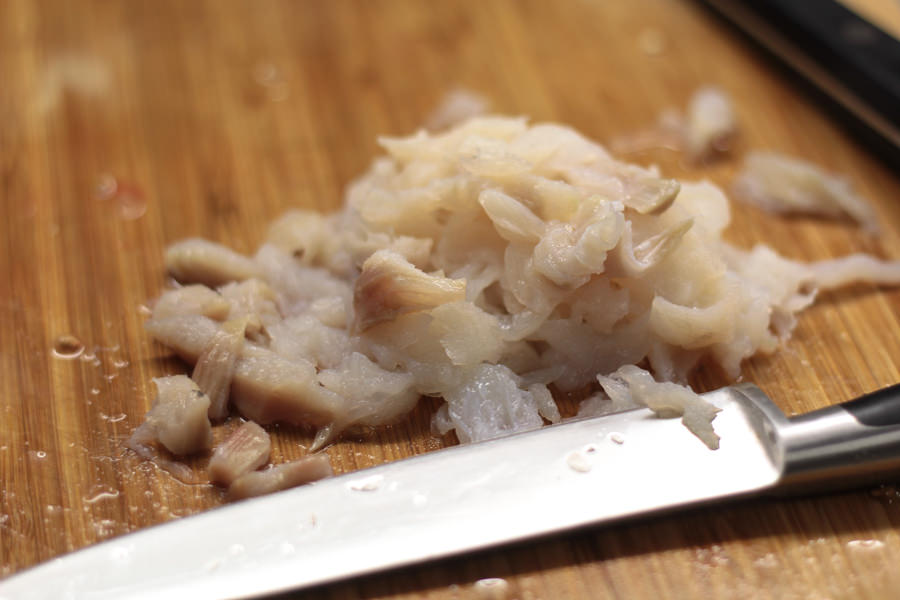 Sauté the cod in olive oil for about 5 minutes and remove from the heat. 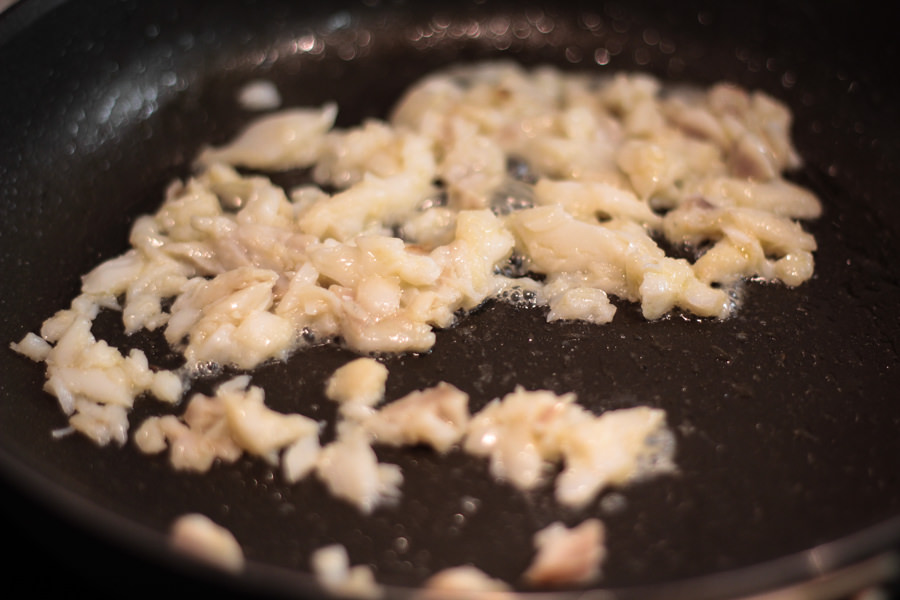 When the cod if done and cooled, mix it together with the rest of the ingredients. Sprinkle some parsley on top and the vinaigrette. And there you have it a non traditional empedrat that many people might frown upon but is mighty delicious. 🙂