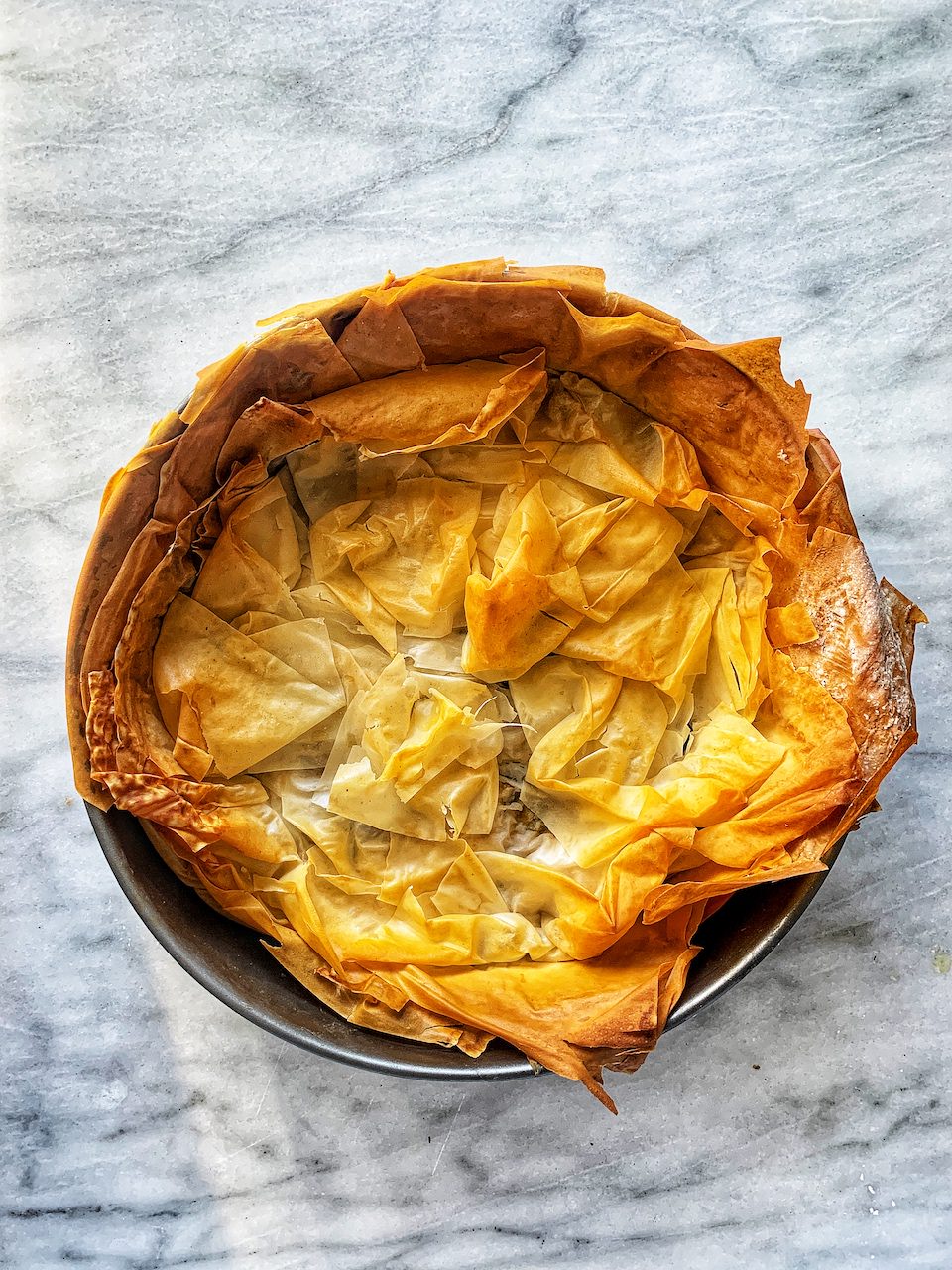 Sometimes I get random dish ideas. They stay in my mind until I make them. If not, they become an obsession that borderlines on torture. I don’t know what it is. The yogis call this Bhakti, devotion. Anyway, I don’t think it’s a form of devotion because sometimes it feels like the obsession will drive me insane and I will see no peace. Until I create the damn thing.

So anyway, here it is. Creamed Mushroom Phyllo Pie. I used shiitake, oyster, and portobello with a mix of baby kale and baby spinach. Here’s the recipe.

In a pan over medium-high heat, add your olive oil and sautée the garlic with the herbs and cayenne pepper. Add your mushrooms and season with salt and pepper until they release all moisture, about 10 mins.

Add your coconut milk and mix everything thoroughly. Add the cornstarch slurry and give everything another mix.

Using a springform pan, line the bottom with parchment paper and coconut oil. Gently layer the phyllo pastry sheet by sheet brushing with oil between each layer until you have layered most of the phyllo dough.

Reserve 3-4 sheets to cover the pie.

When the filling is completely cooled (this is very important because if not it’ll ruin the dough), add the filling and wrap the dough to cover, kind of like a galette.

Layer the rest of the phyllo sheets on top of the pie and gently brush the top with some more coconut oil.

For a brief video guide of how the assembling looks, check out my instagram.

Place the springform pan over a pan and bake in the oven for 20-25 minutes, until the top is golden and crispy.