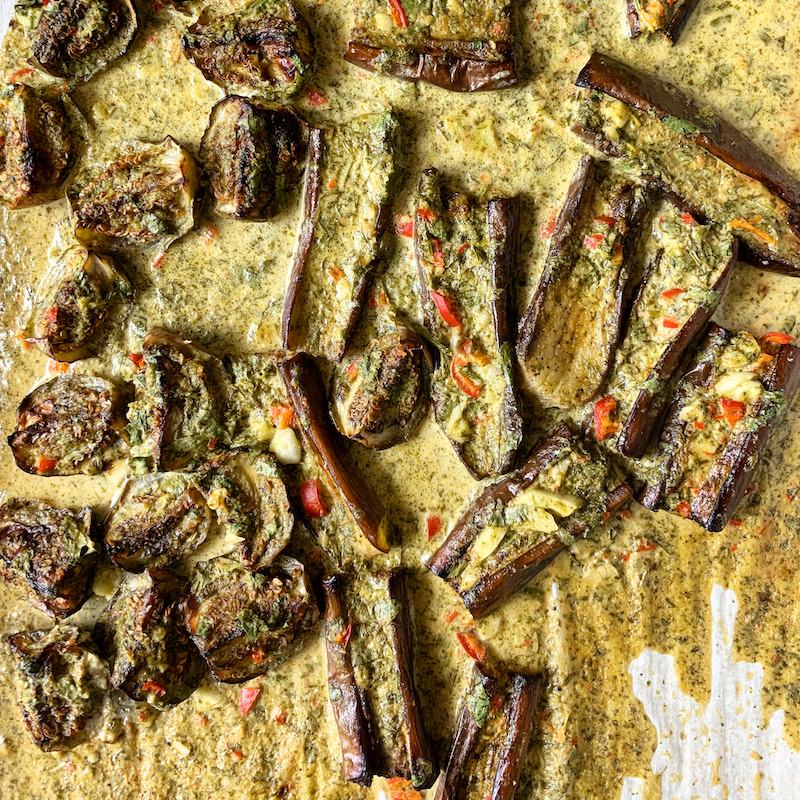 This is a recipe for marinated eggplant I adapted from Yotam Ottolenghi’s book called Ottolenghi. This book really changed my cooking game by exposing me to ingredients and combinations I’ve never used before. For real, it cracked everything wide open for me. If you’re feeling stuck in terms of what to cook and need to be inspired, I highly recommend any of Yotam’s books. Yes, we’re on a first-name basis.

Ingredients:
For the marinade sauce

For the marinade (in addition to the sauce)

Method:
Preheat your oven at 425F/210C. Cut up the eggplant into thick pieces. Brush them with a lot of olive oil and season them with salt and pepper. Roast them in the oven for about 20-30 minutes, until they’re golden brown.

In a separate bowl mix together the chopped cilantro, minced garlic, minced red chili, lime, and olive oil. To that bowl, add the blitzed marinade. Mix.

After the eggplant is done, simply pour the mixture over the eggplant and let them marinate for about 2 hours. You can pop them back into the oven (given the oven is OFF).