Well, now I am. I’ve been ‘off the blog grid’ for over a year now and I’ve finally come back, writing in English this time. Don’t know, I feel I express myself better in my native language.

So… Yeah, I’ve been absent. Busy. On a sabbatical. On a hiatus. Whatever you want to call it. But overall I’ve missed blogging, mostly because of my lack of time, but to be honest I really hate that saying; “Oh I don’t have time for that”, I think it’s because I’m a firm thinker that there is no such thing as “not having enough time” for something, to me that’s just an excuse to not do things… If you want to do something, make time for it… So, well, here I am making time. And I brought tomatoes.

There’s something terribly difficult about managing personal relationships, social life, getting a Master’s degree, tutoring children, keeping fit and working part time. That’s where I was a few months ago and I barely could handle all of that, let alone keep an updated blog like this… All the mundane routines had me a bit uninspired as well. I’m going to be honest, the reason as to why I haven’t been posting anything is because I haven’t been able to give it the time it deserves. I’m an all or nothing kind of woman. Either I devote the needed time to something that deserves it and invest my efforts in a manner that I can be happy with the ending result, or I just don’t even try. That’s how I roll. Queue Kanye West and Jay-Z.

So now that I’ve established why I’ve been gone, I’ll share some tasty recipes while I try to grasp the last days of summer, which to be honest, are basically over because it’s already fall. This morning I was at the market getting some beautiful produce to help me get inspired, and I found some beautiful end-of-the-season green heirloom tomatoes, who I really identified with, they were also helplessly holding on to summer even though it’s starting to get cold. Also, I’m a bit annoyed with the whole pumpkin craze.

I guess this is a goodbye summer dish: Baked Green Tomatoes topped with guacamole and feta. What you’ll need:

For the guacamole, you can visit my old guacamole recipe here I made for Superbowl Sunday a while ago… 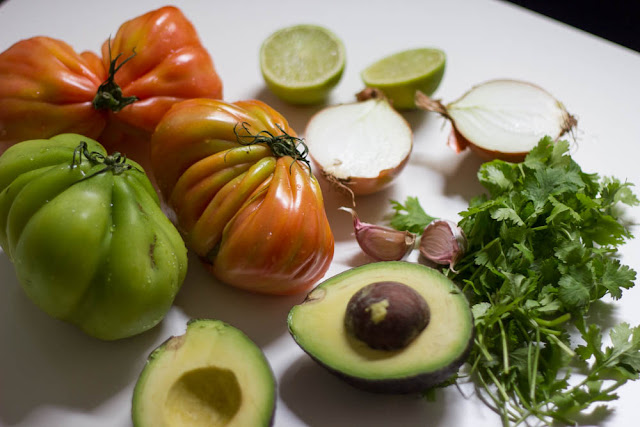 After preparing the guacamole, start by getting your batter ready. This is done by mixing the cauliflower flour with the salt, pepper, and dried herbs. Then mix the eggs. Cut the tomatoes into thick pieces and cover them with flour, then egg, then flour again. Sear them in a pan with the oil of your preference (I use coconut oil). 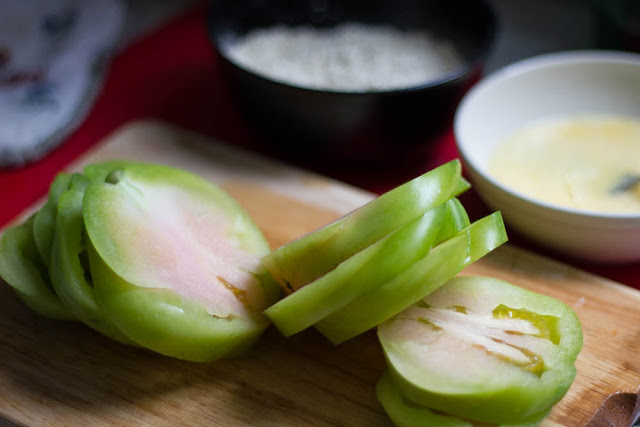 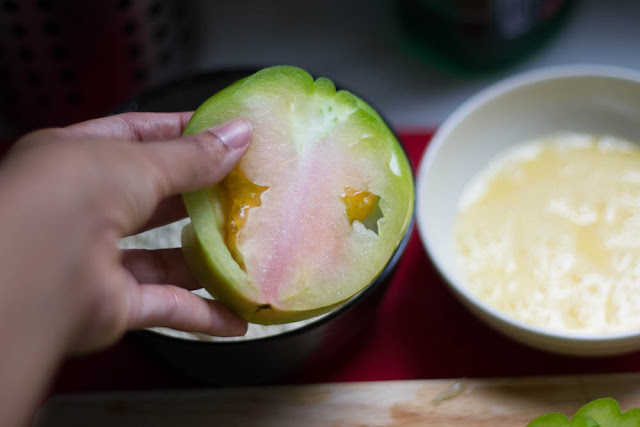 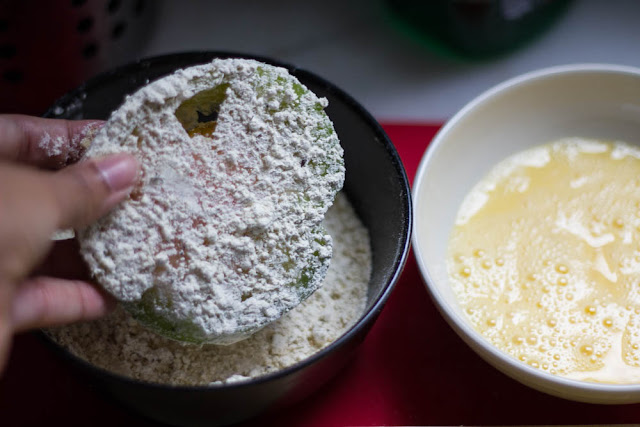 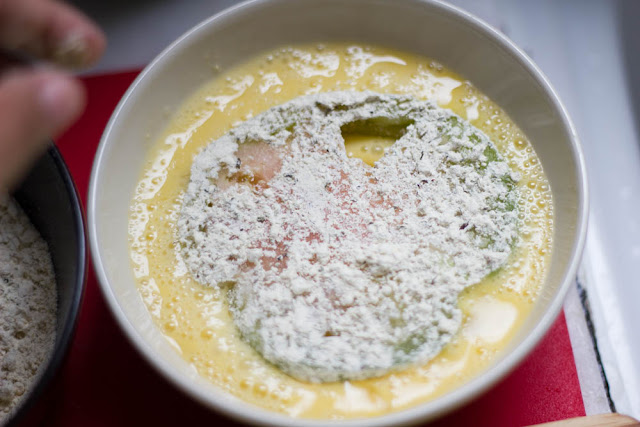 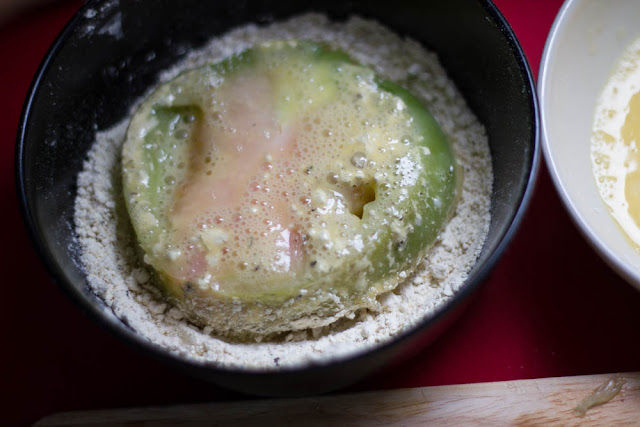 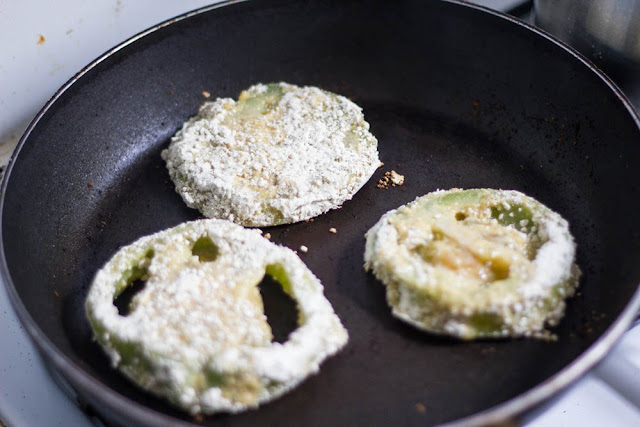 After searing the tomatoes, put them in a baking sheet and pop them into the oven for about 20-25 minutes. When they’re done they’ll look a kind of like this: 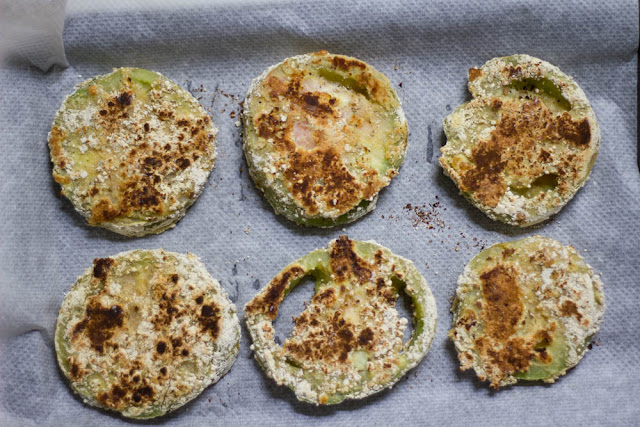 To plate them: Stack them one on top of the other after they’ve cooled off a bit. Then top them with the guacamole you made before and some feta cheese. Mine is a bit watery because I abused the use of the tomatoes a little too much. To make it chunkier just add more avocados. 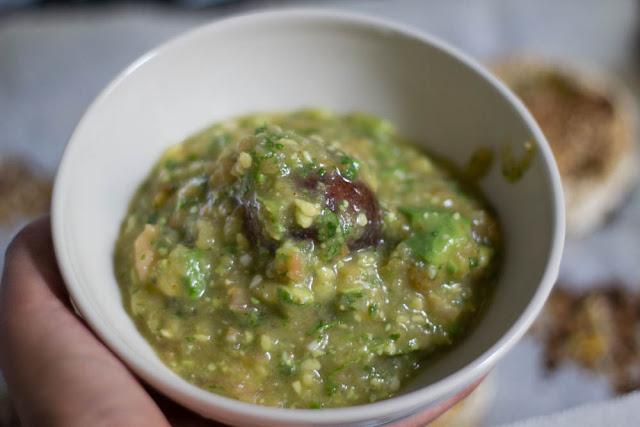 And here it is! Baked Green Tomatoes Topped with Guacamole and Feta Cheese. Low-carb and friendly to most trendy diets. The most important is that it’s overall healthy. 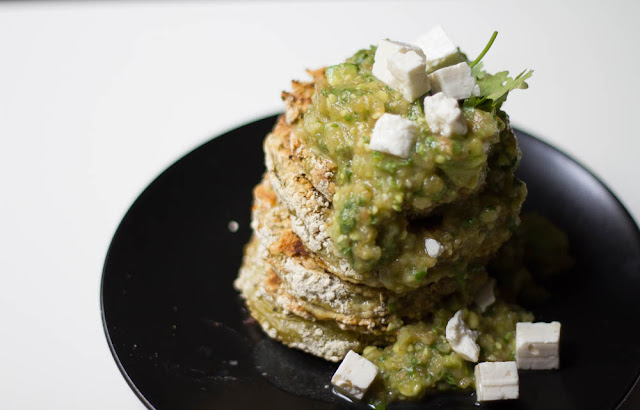 I hope you all enjoy this recipe as much as I did! It’s very bright and tasty!  If you decide to make them, let me know in the comments!